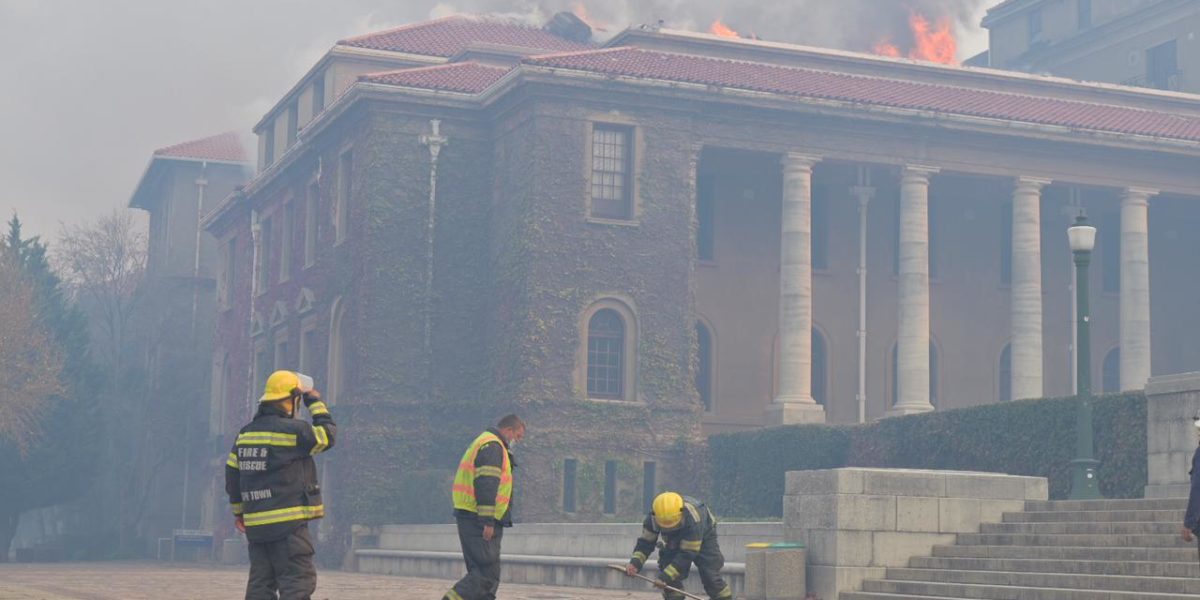 WHEN a raging fire left UCT students stranded, some members of the Cape Town film industry sprang into action to assist.

Over 4 000 of the university’s students had to be evacuated from their residents when a runaway inferno destroyed some buildings at the institution on Sunday 18 April 2021.

While firefighters battled to contain the fire at UCT, which eventually gutted the university’s Jagger Reading Room, many of the students were still trying to figure out where they would lay their heads for the night.

At the same time, Executive Producer at Evidencia Africa Productions Wendy Sherrin who was having a quiet afternoon at home with friends, was also fielding calls from people who were concerned about the students’ wellbeing.

“My Production Manager and an AD (assistant director) friend of mine were at my house for a braai, so we put our heads together and decided to contact Moira Sinclair (Sales Manager for Tsogo Sun) to see if there was any way they could assist. We were aware that many of the Tsogo Sun Hotels in the city had been closed due to the pandemic,” Sherrin tells Film Cape Town.

The response was in the affirmative. Tsogo Sun would be able to take in over 2000 students at their hotels in the city.

“We then liaised with UCT Students Council on what else was needed and where any donations would need to go. We then sent out a message to (industry) chaperones with vans in Cape Town and many of them rushed straight to Mowbray Bus Terminal, no questions asked, to assist wherever they could,” adds Sherrin.

Sherrin’s Evidencia Africa Productions, which specialises in commercials, has used the Table Mountain Chain, the area around Newlands Forest and UCT as film locations over the years.

“It was absolutely heart breaking for us to see the devastation taking place. UCT was always so accommodating to us. This was another one of the reasons we knew that we had to help. The people of the City of Cape Town do give so much to the film industry and we felt it was our time to try and give back.”

The efforts to accommodate the students were further supplemented by an outpouring of generosity from individuals across the city including Cedar Catering who donated 50 cases of water and the Venus Flytrap film crew which contributed a ton of water.