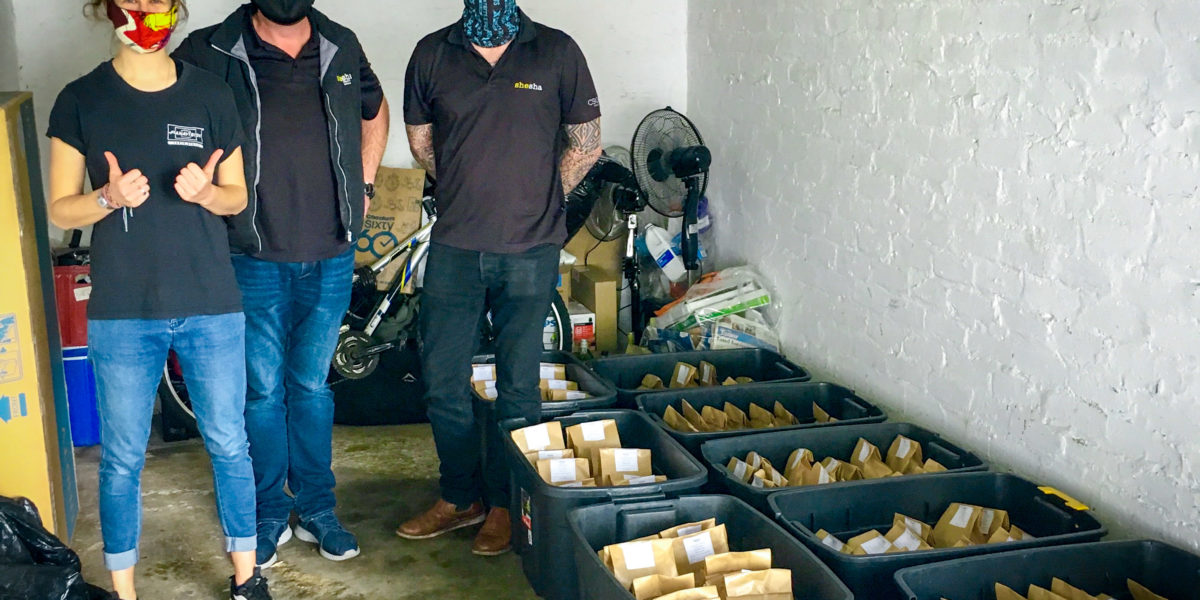 While some have returned to sets or production workspaces, there are many still feeling the economic effects of the shutdown.

In a display of the industry’s generosity, some have made it their mission to support those in need.

‘Heart was bleeding for those who live from hand to mouth’

Ashley Aldworth is just one of a few part of the film collective who have started food pack initiatives during lockdown to assist colleagues currently out of work.

Aldworth, a script supervisor, recognised the need for help – particularly when it came to crew and freelancers.

These workers have been badly affected during this time and their situation inspired Aldworth to take action.

“My heart was bleeding for those who live from hand to mouth, especially construction workers and art department people,” she said.

Aldworth explains the idea for the initiative initially started while she was in Durban helping at a soup kitchen.

While doing this, she got involved in two similar projects including one delivering hot soup to homeless people.

“I also helped by making soup for another organisation that had a ‘meals on wheels’ setup as well as distributing soup to a crèche.”

She made soup twice a week for each of these organisations, feeding about 67 people.

It was after this that she started the initiative to provide some assistance to local crew and freelancers.

With the help of sponsors and raising awareness through Facebook, Aldworth managed to put together about 1 400 food packs.

Aldworth said she reached 78 people and distributed 18 bags of food to each of them. Each individual bags feeding 5 people.

While the domino effect of the national lockdown was an eye opener for Aldworth, being able to help has pushed her to seek other ways to provide support.

“I’ve even started a project called Padding The Way and I’m getting re-usable pads for girls in need with the aim of giving them to girls from Grade 11 to 12,” she said.

Aldworth hopes she can create a ripple effect and continue helping those in need during and post lockdown.

She’s also pledged to continue her part in getting the Cape Town film industry back on its feet while it looks to retain jobs.