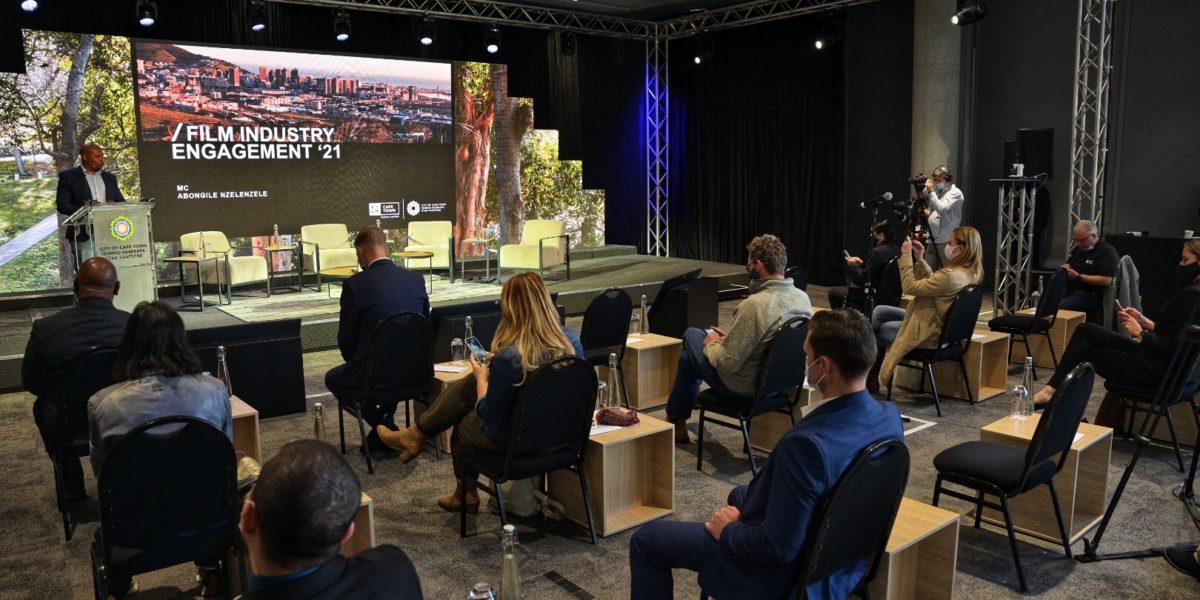 The City of Cape Town’s Film Industry Engagement has set the tone for the upcoming summer film season.

The hybrid industry engagement was held on 8 September 2021 with the City providing updates on its draft Film Policy and new draft Film By-Law.

Film industry representatives also provided insight on how companies and service providers were affected by the COVID-19 pandemic and initiative implemented to adjust to the global crisis.

The annual film industry engagement is a platform where the City of Cape Town and the industry discuss challenges, achievements and plans ahead of the peak film season.

It is usually held just before the start of the busy summer film season in Cape Town.

Recovery from the global pandemic was one of the hot topics at the Film Industry Engagement.

Leonora Desouza-Zilwa, the City’s Manager for Events and Film, presented the municipality’s new Film Strategy – a document that the municipality will use towards the revival.

She told the gathering the strategy will guide how the City of Cape Town works with the film industry to build a more thriving, inclusive, diversified and resilient film industry.

The City’s Head of Film and Events Permitting Terence Isaacs provided an update on the municipality’s draft Film By-Law.

The amended by law will replace the By-law relating to Filming, 2005. The draft is currently undergoing legislative processes at the portfolio committee along with the draft Film Policy.

The new Film Policy will address four pillars, which will include skills development, marketing and sales, transformation and infrastructure development

The CTICC, the venue of the engagement, has set itself apart as a versatile film location with an almost limitless offering diverse space for filming.

General Manager of Commercial and Business Development, Robert Hatton-Jones took members of the film industry through a presentation of the CTICC’s offering.

City Hall, one of Cape Town’s iconic landmarks and premier film location, has just completed refurbishments to the facility.

The City’s Director for Strategic Assets, Strategic Assets Faried Shariff gave an exciting presentation on the recent renovations including a 3D mapping at the facility to assist the film industry in location scouting.

The Cape Town Stadium recently completed construction and its own renovations.

He said the new and revamped areas present opportunities for the film industry.

These events provide an opportunity and a platform for local creatives and filmmakers to display their talent to the international market while also learning from industry experts.

In case you missed the Film Industry Engagement, you can catch up on the discussions via our YouTube channel.