Home » Murder in Paris: A conversation with Director Enver Samuel

Murder in Paris: A conversation with Director Enver Samuel 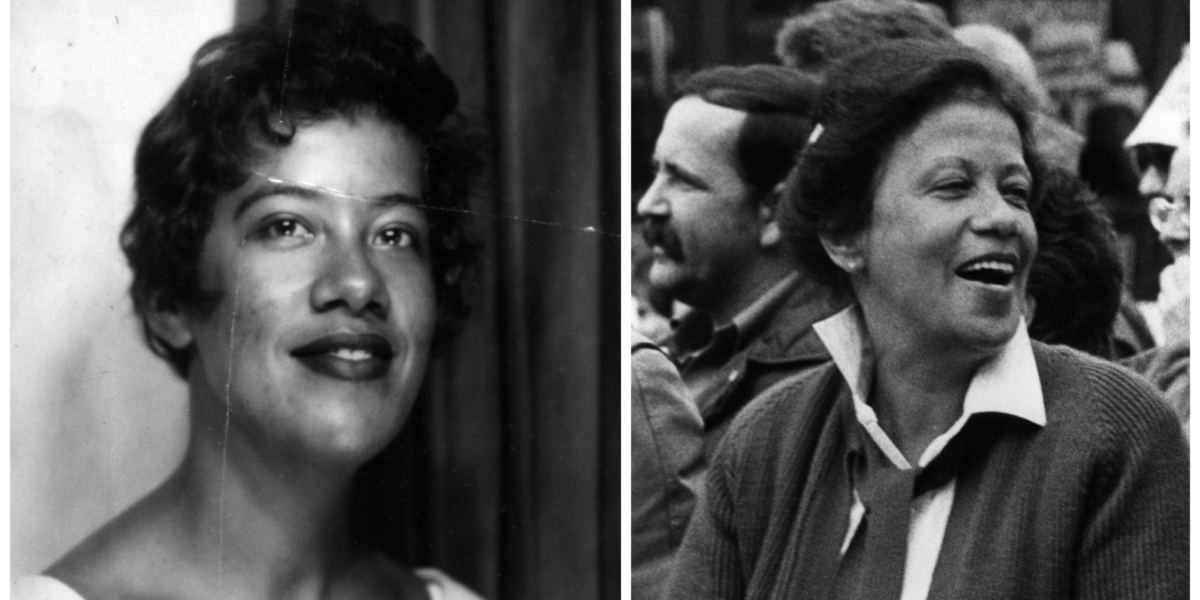 MURDER IN PARIS, the film about the life and assassination of Dulcie September, is more than just a historical documentary.

It is a quest to elevate September’s name as a hero of the anti-apartheid struggle while also seeking justice for her, says director Enver Samuel.

Dulcie September was a school teacher from Athlone and an anti-apartheid activist who was exiled in France in the 1980s.

She was killed in Paris in 1988 where she served as a Chief Representative for the ANC.

Her murderer has never been brought to justice.

It was five years ago when the idea for Murder in Paris presented itself to Samuel.

There has also been interest for Murder in Paris to be rolled out in France, United Kingdom and for screenings at Harvard and Yale University.

Film Cape Town caught up with the award-winning producer about his latest documentary project.

Let’s start with that chance meeting with Dulcie September’s brother-in-law in Switzerland in 2017. At that point did you have any idea that you’d be working on a film trying to uncover what really happened to Dulcie September?

The genesis of this documentary was first and foremost about serendipitous luck. In April 2017 I was at a documentary film festival in Switzerland when I bumped into a family member (of Dulcie’s). For me if you want to do stories like this, it is integral to get the families buy-in. The family bought into the fact that I could do justice to her story. So, they gave me permission to tell her story.

Why was it so important for you to tell this story?

I saw a story unfolding that had similar parallels to the one I did on Ahmed Timol (‘Indians Can’t Fly’ and ‘Someone to Blame’). That is the focus area that I’m looking at currently – unsung heroes and heroines – who played critical roles in getting us to a new South Africa and they paid with their lives. The documentary is an attempt to ‘unerase’ her name…Dulcie September’s name doesn’t resonate with a lot of people in South Africa. I was transfixed, looking at the archival footage, how popular she was in Paris but in South Africa there was almost no acknowledgement. There was no real recognition.

You mention archival footage, how difficult was it to get your hands on that footage?

Initially, all my research was basically on the internet, it was newspaper articles, research papers etc and then I went to the archive at Fort Hare (University). Dulcie’s papers from the ANC Mission in France were sent back and is now collated there. But it was all paper and photographs. When I was pointed in the direction of INA (French: National Audiovisual Institute) I was able to give them dates of events Dulcie attended and they were able to find all this footage for me. The people at INA were very efficient. It was much easier getting footage thousands of kilometres away than on my own door step from the SABC.

That must have been a huge moment for you…

That was a game changer because that changed everything for me. Now I was seeing Dulcie talk back to me, I was able to hear her accent, seeing the nuances of who she was use, her smile and the little laugh. That was crucial for me because she now becomes a 3D character in the documentary.

In addition to having this amazing archive footage, you interviewed some heavyweights and people who were either close to Dulcie September or the incident of her death. How difficult was it to track these people down?

In March 2018, in Arcueil, Paris the suburb where Dulcie lived was having a week-long celebration of Dulcie’s life because (that year) marked the 30 anniversary of the assassination. In South Africa they had absolutely nothing. I’m a freelance producer/director and in order to make a living I work on reality shows amongst other things. At the time, I was offered a five-month contract with a reality cooking show when I discovered it would clash with the week-long commemoration of Dulcie’s life in Paris. I tore up my contract, took a crew and we spent a week in Paris…

Wow, that’s brave. Giving up what was a lucrative contract…

By making that decision, a hard decision for a freelancer (to give up an income) that’s how I met a lot of the crucial characters interviewed in the documentary. That decision to go to Paris opened the door to getting access to various key people. The internet is also a marvel of opening doors, for instance Martin van Geems who knew Dulcie very well, that’s how I contacted him and he had never been interviewed before. He is the guy that they arrested initially and they wanted to use him as the scapegoat for the murder.

Overall, people wanted to talk but the most difficult was Craig Williamson who was an apartheid spy and it took me more than two years of trying and perseverance to get him to talk to us. He has blood on his hands and it wasn’t easy to get him to say ‘yes’.

This time around, I thought ‘it’s not important to just make a documentary’. I felt it was important for it to have a strong social impact campaign. So, we have twinned an impact campaign to the documentary. Our impact partner is the Nelson Mandela Foundation. I am working with a very capable team, Liezel Vermeulen focusing on the social media and Mikki Redlinghuys focusing on overall Impact Campaign. The campaign has a multi-pronged focus area. One was the broadcast date, to get as many people to interact with the fact that it would be broadcast on SABC3 on Human Rights Day.

The second is a schools roll out programme, we are busy identifying schools at the moment. We are going to roll Murder in Paris out to 10 schools in the Western Cape and 10 schools in Gauteng. We have devised an educational guide and a shorter version of the documentary to fit into the school timetables.

The third one, the ‘Justice for Dulcie’ campaign, is seeking justice for Dulcie and with this we are in contact with the lawyer in France who has taken on the case on behalf of the family. They have filed papers in an attempt to get Dulcie’s case reopened and important for us have indicated that they will use parts of the doccie as evidence. We hope to stimulate critical interest, where we do things like petitions, webinars etc, to generate an interest in France and SA and see ways how we can seek justice for Dulcie.

You worked with some of the best crew and service providers in the country, including some Cape Town-based companies. Can you tell us about the crew you worked with and how they contributed to the project?

There were two critical crew members because I had to persuade them to come with me to France. The one is Tim Chevallier, veteran cameramen who is based in Somerset West. He has an amazing eye and I have worked with him for over 20 years on and off. It was convincing them to join me on this trip and that it will pay off in the end. We also had with us the sound man extraordinaire KK (Kholisile Vinqi) from the Eastern Cape.

As part of the project some of the crew we worked with were Rhomeez Petersen and Henau Marais, two well-known sound men from Cape Town. Cameraman, Lebo Moabi. Nikki Comninos, who I have worked with closely over the years edited the doccie. Matthys Pretorius from After Dark (based in Paarden Eiland) came in later to assist us with the post production, he really did an excellent job with the colour grade and cleaning up the archive. Well-known Cape Town actress Denise Newman’s evocative voice over was very powerful. Sound Speed based in Gardens were kind enough to assist with audio recordings. Anthony Croft of Resonance did a masterful final mix and sound design.

During a visit to the Nelson Mandela Foundation, in May 2021, French President Emmanuel Macron said his government “will look into” the case of Dulcie September.